Townmore team members are stepping it up for cancer support charity Dóchas during the month of October, Breast Cancer Awareness month Townmore employs close to one hundred people working out of offices and sites across the country and 32 members of the Townmore team are on a mission to walk a combined five million steps to raise awareness and a target of €5,000 for Dóchas.

Dóchas is a charitable organisation providing the highest quality holistic cancer support services to people throughout the Midlands whose lives have been impacted by cancer. Dóchas offers a wide variety of therapies including reflexology, counselling, mindfulness, massage, reiki, acupuncture and more for those most in need, free of charge.

This vital organisation is primarily funded through donations, with little to no government support, and it has become a lifeline for families across the Midlands whose lives have been touched by cancer, including the Townmore team.

Townmore is on a mission to raise much-needed funds for Dóchas and, following a call out to all employees, 32 members of the company (in teams of four people) have embarked on a five million step journey to raise €2,500, with Townmore matching the collective sum raised – you can show your support through the GoFundMe page:

All participants have been randomly split into teams of four people and the eight teams of four will capture their combined weekly step count. This weekly tally will be submitted to the marketing team each Monday and the leaderboard will be updated – see which team has taken the lead for week 1 in our leaderboard below!

In addition to raising awareness and much-needed funds for Dóchas (and, of course, the bragging rights!), the winning team will be treated to a special prize at the end of the event.

A GoFundMe page has been established for people to contribute to and share, as a way to show their support. The aim is simple, to fundraise as much as possible. Once all monies are received, Townmore will match the amount and make a payment to Dóchas.

Well done to everyone for their efforts this week, both walking and providing support  – we are well on our way to exceeding the target! The team of 32 have completed an equivalent of 1,400 km this week. 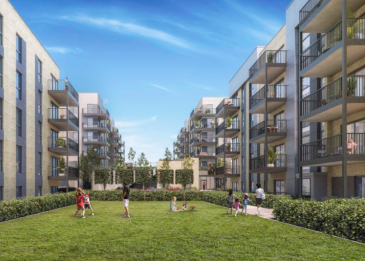